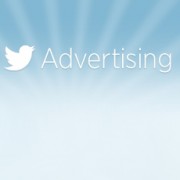 Twitter officially launched their Ads API recently allowing marketers to work with chosen partners (Adobe, HootSuite, Salesforce, SHIFT and TBG Digital) in order to manage Twitter Ad campaigns in a quicker and automated way. They will use Twitter in much the same way they manage marketing campaigns on Facebook and LinkedIn using CRM platforms. For the time being it is unclear how long Twitter will work with only the five of them.

Twitter says that its focus has been on delivering better ads instead of more ads, encouraging ads that are “engaging, relevant and useful” and they will be leveraging the ability they have to deliver targeted ads. This would make Twitter the second-screen ad platform of choice after Facebook and will be starting a Certified Ads Products program just like Facebook. We can only think about the kind of revenue boost this will be for Twitter.

It seems that Twitter took its time to study Facebook & LinkedIn ads before drafting its own strategy to ensure the success of the ads API. Soon it will be easier to compare how campaigns on all 3 platforms perform.