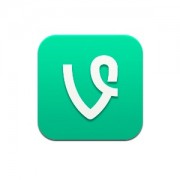 Vine is a separate iOS app from Twitter that lets users create short, 6-second videos that run on a loop (which could be irritating for some) and that can be shared on Vine itself, Twitter or even Facebook.Its aim is to become for video what text is to twitter.

There is a lot of content on Twitter even though it is brief but it will just get better with Vine. As a trusted and massive brand, with an instant huge user base, Twitter is guaranteed to make this new app more appealing to more new users. When Instagram ceased Twitter Cards integration, disregarding the capacity to embed Instagram photos right into the stream, Twitter’s visual appeal decreased. Although Twitter may have Photos feature, with filters, but it’s nothing compared to Instagram’s level of engagement. Instead of fighting Instagram on the photo arena, Twitter went a step ahead by working on the natural transition that will be video.

Vine will not replace any existing apps online it’s more of a new form of media — a self-made video rather than another filtered photo.

For marketers this is yet another opportunity to get their message across by creating brand relevant content. We can only think of the numerous ways they could use it.

One major downside to Vine is that there is no Android app for the time being and another concern will be the quality of content that will be posted and shared.

Have you tried it already?